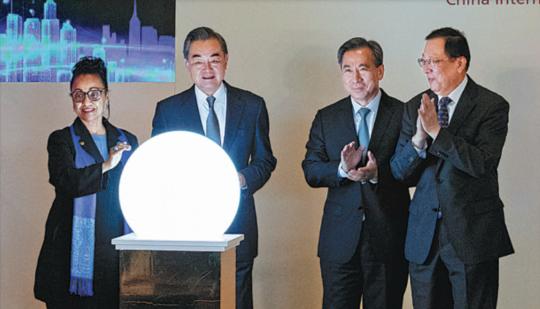 China stands ready to work with developing countries to further unleash the potential of South-South cooperation, share development opportunities with them and continue to help them achieve sustainable growth, President Xi Jinping said on Thursday.

He commended the role the fund and institute have played in promoting South-South cooperation since they were created in 2016, saying that over the past five years, the fund has actively supported developing countries in implementing the 2030 Agenda for Sustainable Development, tackling humanitarian crises, reducing poverty and pursuing development.

Xi expressed hope that the fund and the institute would continue their great contributions to the building of a community with a shared future for mankind.

Xi announced the founding of the fund and the institute in 2015 during a series of summits commemorating the 70th anniversary of the United Nations.

The fund works in support of other developing countries' efforts to achieve the 2030 Sustainable Development Goals and is an innovative tool for Chinese aid aimed at advancing South-South cooperation.

In close collaboration with more than 10 international organizations, the fund has supported over 100 livelihood projects in more than 50 countries, benefiting more than 20 million people, according to the Ministry of Foreign Affairs. The projects include response to tropical cyclones, the fight against Ebola and COVID-19, promoting maternal and child health and addressing refugee and migrant crises.

The institute has received over 200 students from about 60 countries.